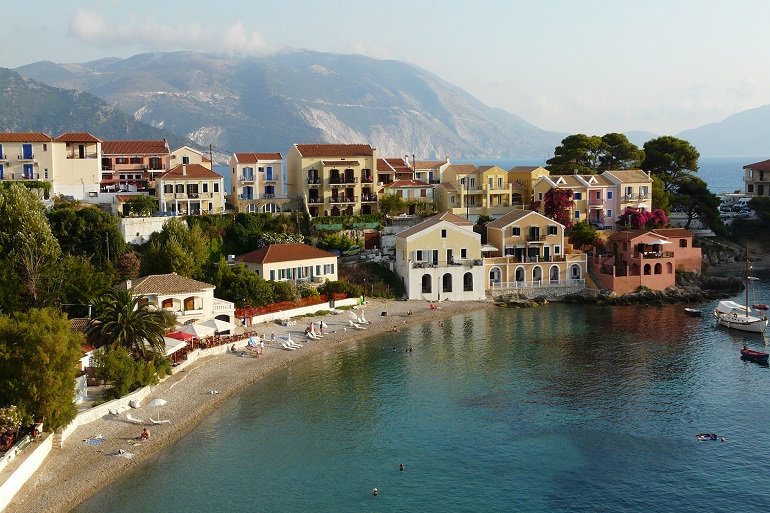 The magnificent sights, amazing beaches, rich cultural heritage, great monuments, mountains, castles, remote monasteries and cheerful, hospitable people are the treasures making Kefalonia one of the most attractive destinations.
It is the biggest island of the Ionian Sea, at the outlet of Patraikos Bay, between Zante and Lefkada. It stretches over an area of 904 km2 with a coastline length of 250 km.
The island has a splendid natural beauty and a diversified geological structure with innumerable small bays and rich vegetation; the mountain Aenos (National Park since 1962 supporting rich flora and fauna) looks impressive from far away.
During the Byzantine period Kefalonia formed part of the province of Achaia and the prefecture of East Illyria. It was conquered by the Normans, the Franks, the Venetians and the Turks.
It joined the rest of Greece along with the other Ionian Islands, on May 21st, 1864. The inhabitants’ resistance against the Italians and the Germans during World War II was considerable.
The movie ‘’Captain Corelli’s Mandolin’’ shot in thnatural scenery of the island refers to a history of the Resistance movement.