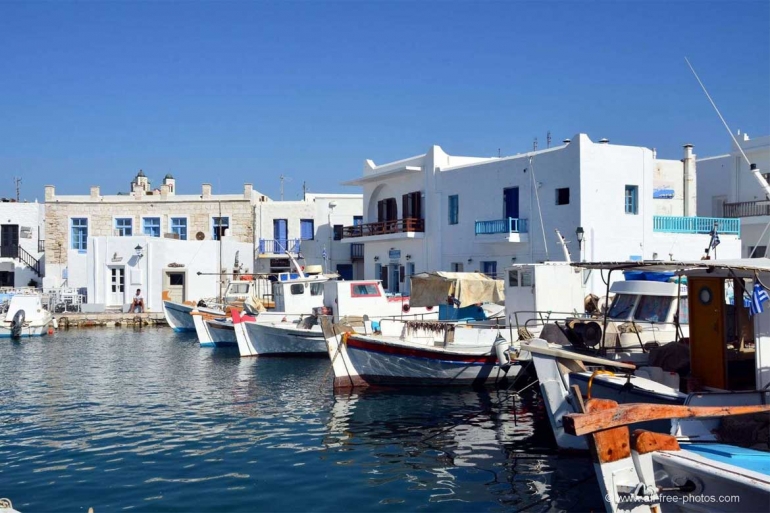 Many characteristics have been attributed since old times to the beautiful island of Paros, with its long history,splendid nature and  its rich tradition. However what characterizes it the mostr is the sense that Paros remains always fresh and modern. Paros is an island, where as time goes by, its shine does not dazzle, but is renewed. A known and acknowledged tourist destination, Paros has always something new to propose to its visitors. Those who have visited it already, it is certain that on the next time they will find something that they had not discovered in this rich of images, culture and activities island.

Paros, with an extent of 186 sq. kilometres, is one of the largest and most fertile islands of the Cyclades, with valleys, plains and cultivable extents. Known for its splendid golden coasts, the blue waters and its night life, assembles each year thousands visitors. Except these, Paros has still much to offer: its natural wealth, its fascinating cultural heritage, its unique customs, its authentic traditional flavours, and with an exceptional tourist organisation, there is a strong reasoning for visitors to come and return back again, charmed from its beauties.

The boat sails into the harbour and capital of the island, Paroikia, a region with religious, archaeological and cultural monuments of exceptional interest. The traditional part of the city, behind the harbour includes splendid neoclassical mansions, traditional galleries, old springs, and whitewashed island houses.

In the northern coasts of the island we find beautiful Naoussa, with an intense traditional colour and a big tourist movement. A morning walk in the streets of the settlement will remain unforgettable. On the other side of the gulf, you will find the impressive Kolympithres (enormous rocks formed by the erosion of nature have taken strange forms) and the islet of Analipsi.

Paros is a real paradise for hikers, having many paths, so much in coastal locations as in the green slopes. A visit in its  hinterland passes essentially from Marathi, with the ancient quarries of marble “lychnitis”, the famous Parian marble from which art works as the Venus of Milos, the Hermes of Praxitelis and the Pediments of the Parthenon are made of.

From Agia Pakou, we reach the traditional settlement of Kostos, with its beautiful churches, whitewashed cobbled streets and a square with a plane tree, which offers shade to whoever chooses to drink their coffee there.

Passing through the 3000 year old Olive groves in the place Apati, we reach Lefkes, the most beautiful mountainous settlement of the island, with beautiful buildings the church of Agia Triada and a traditional café that immediately attracts attention. Marpissa on the south-western part of the island is one still beautiful settlement, with medieval monuments and appreciable churches.